What Is the Maximum Amount You Can Win in El Gordo? 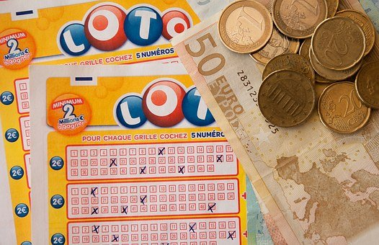 If you’re into lotteries, you must’ve heard about all the hype surrounding El Gordo. If you wander in the streets of Spain in the winter season, you would most likely see or meet people talking about El Gordo. Lottery booths will be filled with people as Christmas comes in full swing. Though the hype is likely justified, El Gordo is known chiefly because of its more giving nature and is ranked as the world’s richest lottery in terms of prize money.

El Gordo literally means ‘the fat one’ and gives individuals a fat share of opportunity to try their luck and win something big. Many people buy lottery tickets. The buying price of the lottery is 20 euros, which seems too much for many people. Hence they buy the ticket collectively with friends or relatives, or they often buy one-tenth of a ticket to get a chance to win a 10% share of the rewards. Many other lotteries are famous because people end up winning a big jackpot, but El Gordo allows more people to win the prize.

Following are some essential details about the famed prized lottery of Spain.

El Gordo has a very far-fetched history. El Gordo was established in 1763 as a charity during the reign of King Carlos the 3rd. Its main objective was to help charities and people in need. It gained popularity when the widely famed Christmas lottery was held in 1812 in Cadiz by the Spanish government to raise money for fighting against the army of Napolean.

PRIZE MONEY OF THE EL GORDO

As mentioned above, a significant reason for El Gordo’s popularity is its prize-sharing methodology. Even though the ticket cost a massive 200 euros, many people can buy one-tenth of the ticket and earn prizes since the ticket is divided into ten parts. Each part or decimos costs 20 euros per share. Ten different people can buy a ticket, have the same five-digit numbers, and share the prize among themselves.

This tradition of sharing and dividing the prize money among different participants makes El Gordo famous. Most people try their luck by getting a lot of one-tenth of multiple tickets to have a better chance of winning. It provides a better probability of making money by participating in it.

PLAY EL GORDO AND HAVE A CHANCE AT WINNING

El Gordo is played by thousands of people every year. You can also try your luck by playing El Gordo online. Many different platforms are available that provide an opportunity to participate and win. Double Jack Online is a gaming platform that offers a unique distribution system. It offers people a chance to earn money by playing games. It is an excellent opportunity for a passive income stream and for people to earn money from home by buying lottery tickets. You can also opt for charity social gaming and help the people in need.

Contact us to learn more about how to play our lottery games.